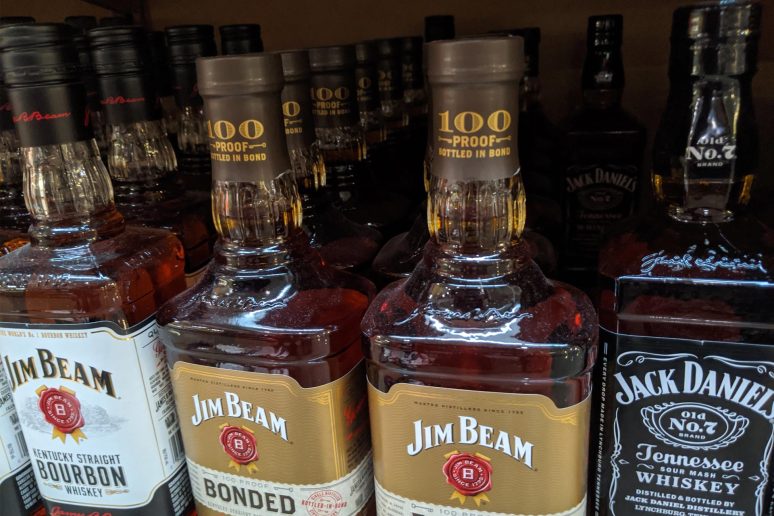 You can find countless varieties of vegan alcohol in any store that sells beer, wine, or liquor. Back in 2014, this page featured a short upbeat guide to the abundance of choices. For whatever reason, this page became popular with Google.

With that popularity, I’ve decided, comes responsibility. I’m not a teetotaler by any means, and alcohol when consumed responsibly can surely enhance some beautiful moments. But it also wrecks lives—a simply massive number of lives. Yet because alcohol is widely legal and heavily advertised, many people have misguided beliefs about its safety.

People assume that because most governments permit its use, and because it’s entrenched in most cultures, drinking must be fairly safe. Nothing is further from the truth. When it comes to its ability to unleash widespread harm, alcohol is among the most dangerous of all drugs. If ever there was an apt occasion to use the word sobering, it would be in reference to alcohol statistics.

So, before we review the terrific booze choices available for vegans, here’s a quick look at some troubling statistics. In the USA alone, alcohol kills 88,000 people annually—that’s nearly thirty 9/11 terrorist attacks’ worth of deaths every single year. This figure includes the nearly 20,000 Americans who die each year from alcohol-related liver disease, and more than 10,000 killed in drinking-related auto accidents. Regular drinking is also linked to colon cancer.

A 2022 study published by the Journal of the American Medical Association determined alcohol is responsible for 20 percent of deaths in Americans between 20 to 49 years old. About 1.3 million Americans a year receive treatment or go to rehab for Alcohol Use Disorder.

In 2016, more Canadians were hospitalized due to alcohol than heart attacks.

Worldwide, the fatality total is appalling. According to the World Health Organization:

In 2012 about 3.3 million deaths, or 5.9% of all global deaths, were attributable to alcohol consumption.

Impairments in judgment and reduced inhibitions brought on by drinking make this drug a key factor in countless crimes. Numerous studies have linked alcohol use to about half of all of domestic violence and sexual assault cases.

So if you’re going to drink, please be careful. Many people who don’t give this drug adequate respect lose everything. If nothing else, bear in mind that there are long-term costs associated with even moderate alcohol consumption, especially where cognitive decline is concerned.

So, with all that said, temper each unit of enthusiasm for booze with about ten parts restraint and caution. I’ll leave you with some thoughtful guidance from Bill Hicks.

Now that I’ve assuaged my conscience by offering the requisite cautions, here’s what you need to know about vegan alcohol choices.

It’s easy to find vegan alcohol, but you have to do some research since beer and wine can be processed using animal products such as isinglass, egg whites, or gelatin. Unfortunately these ingredients are never listed on the labels, since alcohol is commonly exempt from the labeling requirements of other food products. You can check the vegan status of most popular beers and wines on Barnivore, which does an amazing job of maintaining a current and comprehensive vegan booze list.

Fortunately, virtually every brand of hard liquor—bourbon, whiskey, vodka, gin, and rum—is vegan. Nearly all distilled spirits are vegan except for cream-based liqueurs and products that mention honey on the label.

Here are some of the most popular vegan beer, wine, and liquor brands:

Check out our beer page for capsule reviews of more than twenty of the best vegan beers.

Some rums and whiskeys contain honey, but when that’s the case it’s usually part of the product’s name. Pretty much any liquor that’s translucent and doesn’t contain honey will be vegan.

Alcohol can be part of some wonderful moments if you’re aware of its risks, and drink with care and restraint. And thanks to Barnivore, you can easily discover the vegan status of any popular brand of wine or beer.

Just like the gambling and soft drink industries, the people who run alcohol companies strive to maximize sales, regardless of social consequences. They know that people who abuse alcohol account for a huge portion of sales. In fact, more than half the alcohol sold in America goes to the hardest-drinking ten percent of the population.  People in this tier consume more than 70 drinks every week! Funny how this sort of widespread abuse is never once mentioned on TV beer ads.

So if you decide to consume alcohol, it’s on your shoulders to inform yourself and to drink responsibly. It’s not as if the world’s distilleries, breweries, and vineyards want you to know the risks.

For further reading, see our vegan beer and wine guides.