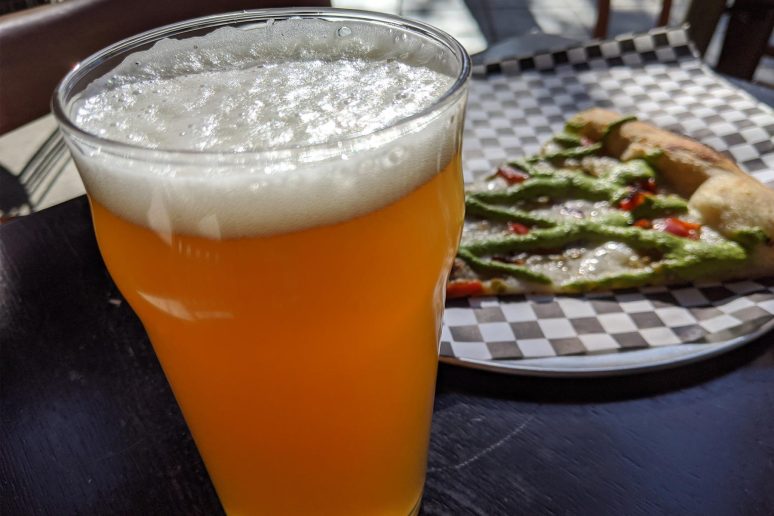 Vegan Beer Guide: The Best Beers in Every Category

Most beer is vegan. You will have no trouble finding vegan brands. When in doubt, just use Barnivore to look up the vegan status of any beer that interests you.

If you want inexpensive beer, most widely-sold brands are vegan and decent enough. But watch out for an Australian lager called Foster’s. It’s one of the world’s few non-vegan mass-market brands.

Here are some of the world’s bestselling beers, all of which are vegan:

Many of the above beers come from regional breweries scattered around the world. For each beer listed above, I’ve included its primary market in parenthesis. All of these beers are basically OK, and many brands taste nearly identical. But perhaps you should think twice about buying beers made in China since the country’s food safety track record is appalling.

There are hundreds of delicious vegan beers brewed all over the world—more than enough choice to paralyze you with indecision.

So to get you started, here are my reviews of some of the finest beers, broken down by category. As much as possible, I’ve selected beers from independently owned breweries that are nevertheless widely-available. I’d have loved to list excellent beers from tiny independents, but there’s no point for this guide to feature brands unavailable in most locations.

That said, drinking locally is as important as eating locally. So I hope you’ll also seek out vegan beers brewed by small independent breweries near you.

Just like stouts and porters are tough to tell apart, casual beer drinkers can’t differentiate a lager from a pilsner. In America, the flagship brands of the largest breweries are all Lagers: think Budweiser, Coors, and Miller beer. They all taste pretty much the same. Germans and Canadians drink lots of lager and claim their beer is heartier than American beer. But that’s like comparing a 98-pound weakling to a 102-pound weakling.

The best way to enjoy a lager or pilsner is to drink it ice cold on a hot summer day. Session Lagers may also interest you, since they contain less alcohol than other beers. The idea is that you can have a beer-drinking session with friends with less risk of doing something foolish or waking up hungover. Since lagers lack bold flavors anyway, a session lager is a great choice—most drinkers won’t notice the difference.

Finally, many popular lagers come in green or clear bottles. While the glass is pretty, it’s best to avoid avoid beer bottled in either green or clear glass. These bottles allow in ultraviolet light that often gives your beer a skunky flavor.

The beers recommended below are of the same style as the mass market beers listed at the start of this guide. But they’re brewed in smaller quantities, and often using higher-quality ingredients. Many mass-market beers use corn syrup, which has no place in beer as far as I’m concerned.

These beer varieties were at the heart of the West Coast microbrew movement that took off in the 1980s and 1990s. They’re hoppier and have significantly more alcohol than the lager-style beers favored by brewing giants like Anheuser-Busch and Miller. Get a taste for these brews and you may find it hard to go back to lagers and Pilsners.

Take care when drinking IPAs, since they contain significantly more alcohol than most other beer varieties.

Both these styles are coffee black, and they’re hard to tell apart unless you really know your beers. The main difference is that porters generally contain more alcohol.

These are the ultimate beers to serve in the dead of winter. No surprise, then, that the best stouts and porters often come from places with miserable winters. These beers are best served unrefrigerated or minimally chilled. Despite their color and body, most stouts contain only about as much alcohol as lager beers. But several breweries make Imperial Stouts, which are extremely high in alcohol (usually 8 percent ABV and up).

First of all, these are ales, not beers, and that means you get different flavors thanks to very different types of yeast. Ales use “top fermented” yeasts, rather than the “bottom fermented” yeasts used to ferment beer. Top fermented yeast imparts a distinctive flavor that sets Belgian ales apart from the beer you may usually drink.

Another cool thing about Belgian ales is that many of the top Belgian breweries are located at monasteries. I kind of like the idea that a monk participated in brewing my ale. Such ales typically have the word “abbey” on the label.

Belgian ales are affordable in Belgium and throughout most of Western Europe, but are pricey elsewhere. Brewing giant Unibroue produces some excellent Belgium-style ales in Canada. Two delicious Unibroue varieties are Maudite and La Fin du Monde. While these offerings fairly expensive, in the United States they’re significantly cheaper than their counterparts imported from Belgium.

Many Belgian-style ales are quite strong, with quite a few well over 8 percent ABV. But Belgium’s breweries also churn out delicious sour fruity beers called lambics. These beers are usually relatively low in alcohol content—usually under four percent.

I hope you found some beers here you’ll want to try. Don’t forget that DUIs and other consequences of alcohol impairment are the ultimate buzz-kill. Like the gambling industry, the alcohol industry makes most of its money from people with significant drinking problems. I’ve written some cautionary words about this in our vegan alcohol guide.

So if you enjoy beer, like I do, please err on the side of drinking too little. Love yourself and be careful!

For further reading: Use Barnivore to look up the vegan status of virtually every beer. Also, don’t miss our coverage of vegan wine and alcohol.